Highline Adventures Invests in Sustainability for the Future

Highline Adventures is looking ahead to a future of sustainable travel, implementing several programs to decrease its environmental impact and educate visitors. By taking steps as simple as offering water bottle fill stations instead of selling single-use plastic bottles, and as complex as solar installation to power entire properties, the hotel group has become a leader in sustainability, earning them a Montana Ecostar Award in 2019, awarded by the governor.

"Meeting those kinds of little goals are the things that we can celebrate with our staff while making progress towards bigger initiatives," says owner Eric Sheckleton, who shared his take on some of the sustainability initiatives they're incorporating at their properties.

Early in 2020, Highline Adventures became one of the first hoteliers to take advantage of the Bozeman Water Conservation Retrofit program. The Baymont and Western Heritage Inn by Travelodge properties in Bozeman replaced all their older toilets, showerheads, and faucet aerators with new, low-flow options approved by the city.

The work took place in April and May of 2020, and it's already shown a big difference in the amount of water used. Because of the timing with COVID-19 that led to lower-than-average occupancy, it's hard to tell just how much of an impact this change will have down the line. Still, the properties are already working with the city to track water usage data to see the difference. So far, the data shows that both hotels have made a huge improvement in decreasing water usage, lowering it 34% per room occupied at the Baymont and 50% at the Western Heritage since the program was initiated.

There's a lot that can be done in the wider community, as well. Eric's daughter Liberty Sheckleton organized an awareness campaign and fundraiser at the Western Heritage Inn in Bozeman to help promote the Western Sustainability Exchange (WSE), an organization based in Livingston that embraces sustainability at Montana's ranches. Her campaign, targeted toward travelers, shows the amount of carbon typically used by a visitor coming to Bozeman and highlights the amount of carbon sequestered by a healthy root system on sustainably grazed land. The campaign encourages visitors to donate to offset the carbon produced through their travel, creating carbon offsets used locally here in Montana.

In fact, Montana's grasslands have the power to draw even more carbon from the atmosphere than rainforests, but they're under threat. The Montana Grasslands Carbon Program encourages ranchers to "improve their grazing and thereby sequester large amounts of carbon," according to the WSE website. Participating ranchers benefit from the purchase of carbon offsets, and the environment benefits too. You can see the impact in the awareness campaign at Western Heritage Inn, or learn more on the WSE website. 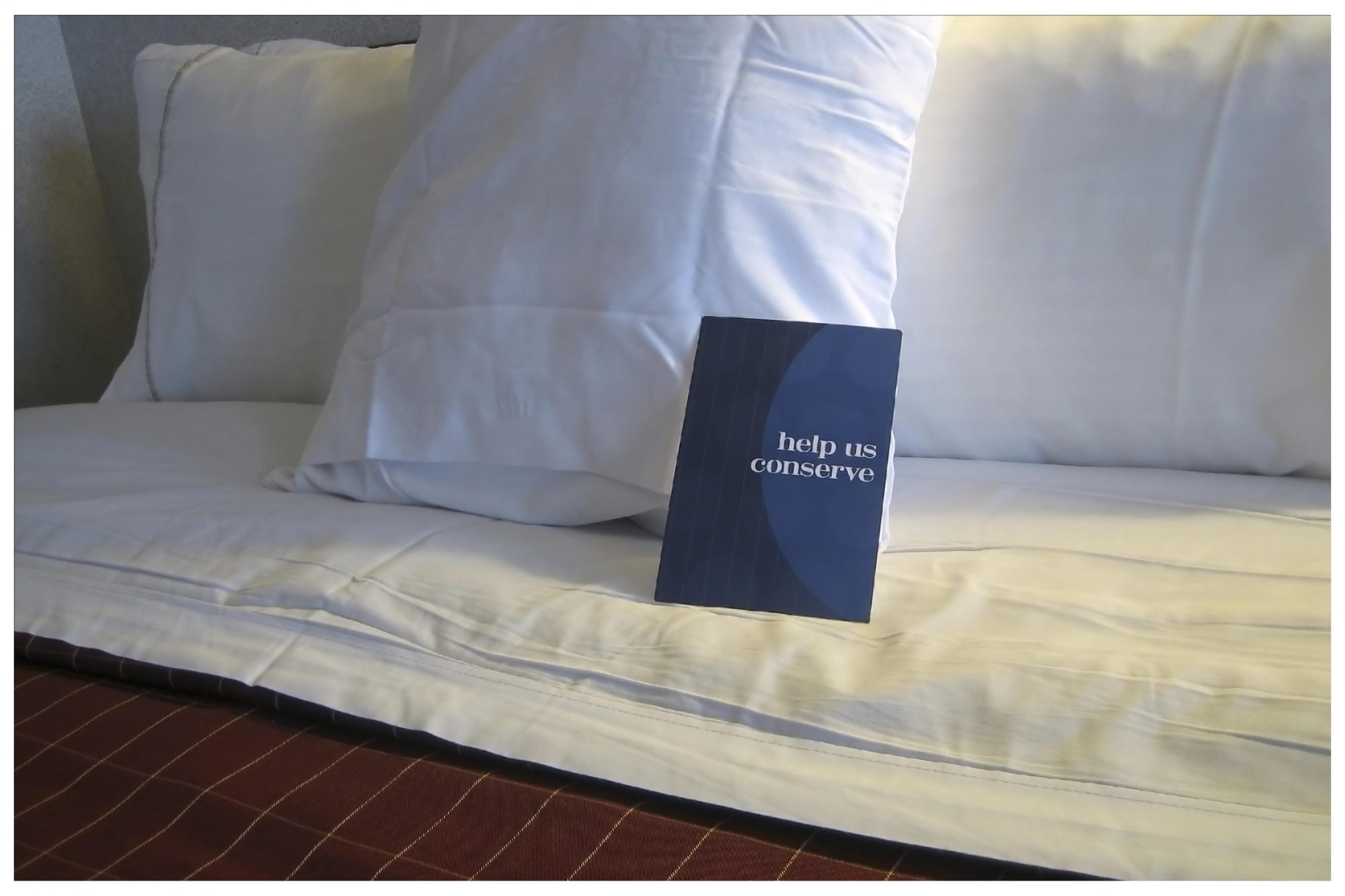 Solar Installation for a Sustainable Future

Through a USDA grant program, Highline Adventures is bringing solar energy to its properties: the Livingston Travelodge and the Gardiner Super 8 have already been outfitted with solar panels by a local provider, and the Baymont in Bozeman will be adding solar in January of 2021. Local solar provider, OnSite Energy has been behind the installations, getting the systems up and running within about a week.

As a Travelodge Franchise Advisory Council member, Eric has been driving change within the company on a global level as well, working to create green initiatives for Wyndham properties.

"We're changing the standards for all travel," Eric says of his work with Wyndham. That includes steps like removing the requirement for properties to offer breakfasts, since this generates so much organic and plastic waste that ultimately gets tossed into landfills.

It also involves reducing the number of single-use items in rooms, like replacing individually packaged soaps and shampoos with installed dispensers instead. And if guests notice that there aren't plastic liners in trash cans anymore, it's for a good reason. "If somebody just throws a cotton swab into one of them, then you have an entire bag that's encasing a cotton swab that gets tossed into the landfill," Eric points out. And Wyndham has supported updating the brand standards, implementing the Wyndham Green Certification Program that encourages property owners across the company to go green. 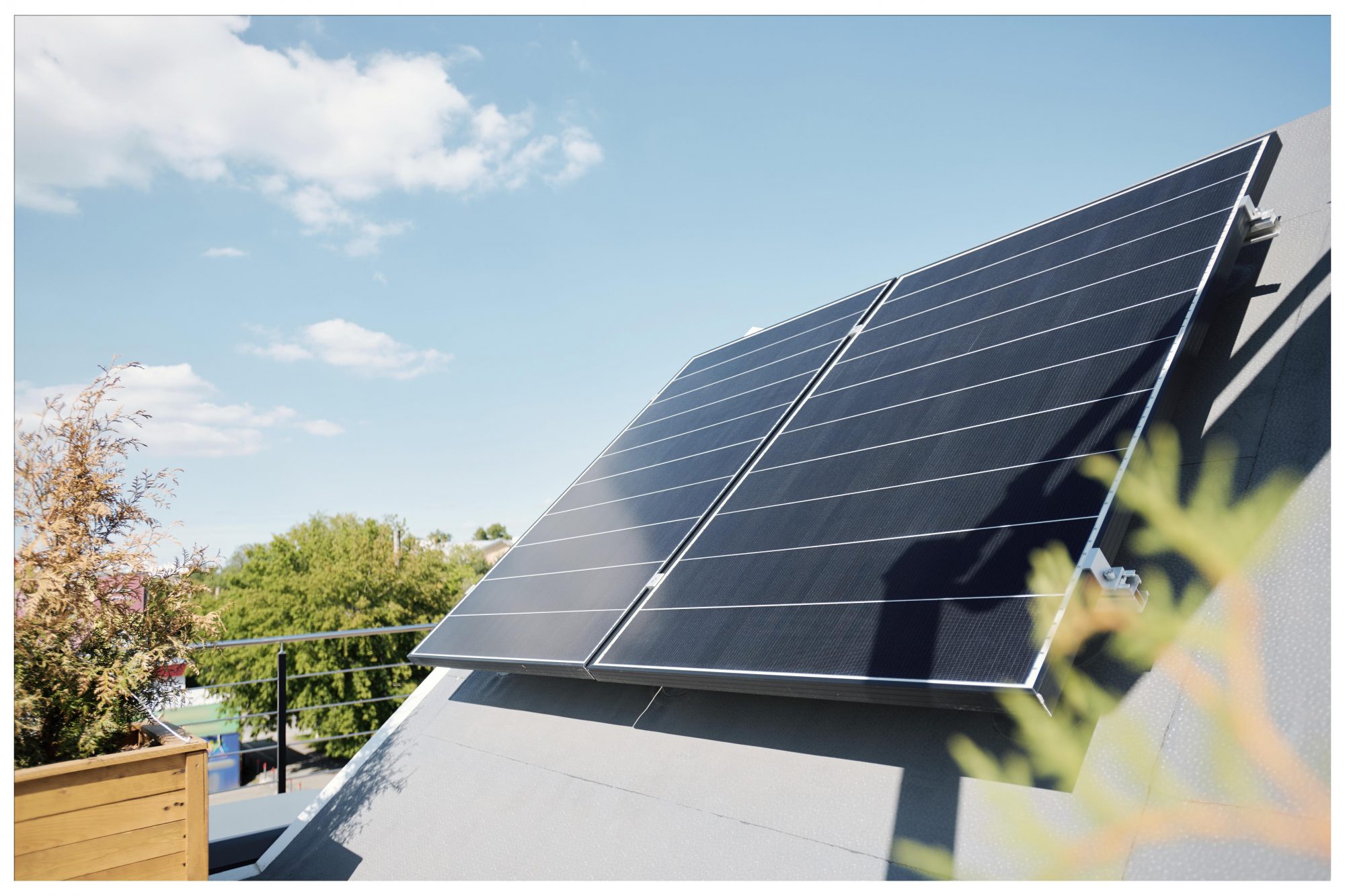 What's Next at Highline Adventures

Looking ahead to the future, there's a lot of forward momentum for sustainability with Highline Adventures. Despite the setbacks from COVID-19 that make it challenging to eliminate single-use plastics altogether for safety reasons, Eric is optimistic that they'll be able to move away from this type of waste in the future.

He's even installed solar and low-flow fixtures in his own home. What drives him to make all these changes, both personally and professionally? A lot of it comes back to his daughters, Liberty and Bella.

"As you're raising your children, and you're trying to teach them what's right and what's not right, you start to pay more attention to what you did and the example you set," Eric said.

Business-wise, it's all about making the travel industry better for the environment. Cutting down on waste and water use comes back to conserving Big Sky Country for future generations to explore.